Over 25 Years of Experience as Active Duty Military Lawyer

Don recently founded King Military Law after spending nearly thirty years in uniform, the last twenty-four of those years practicing military law. When he retired, Don was one of the most experienced military criminal lawyers on active duty.

Don began his military career as an enlisted Marine, where he served five years as an infantryman. He spent most of those years providing security for the U.S. Department of State at various U.S. Embassies around the world. In this capacity, Don was selected to augment Secret Service protective details for the President and Vice-President as well as providing diplomatic security for Secretaries of State and U.S. Ambassadors. 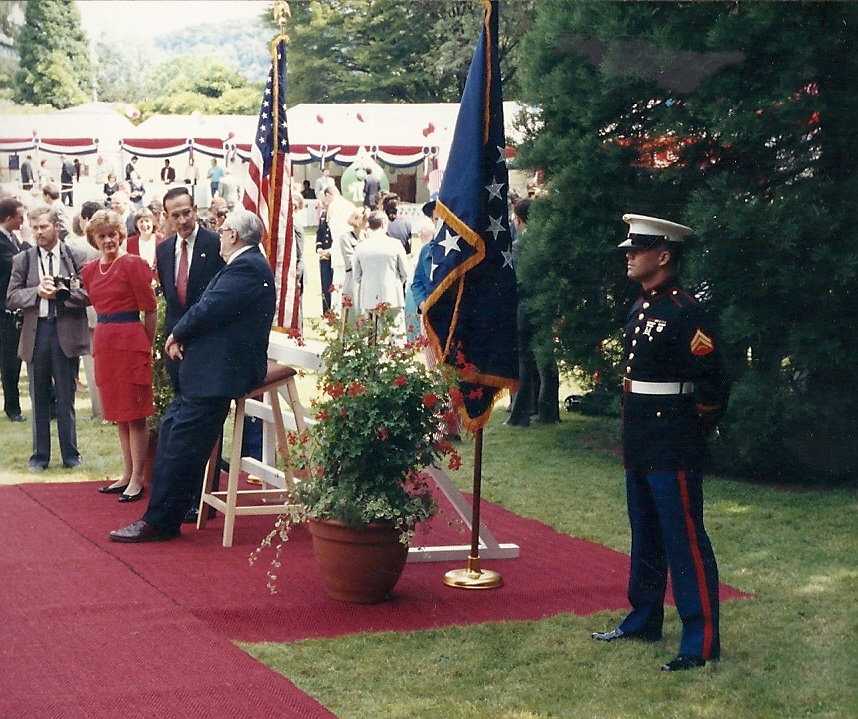 Once his enlistment ended, Don was honorably discharged and used his GI Bill to attend college in his home state of Oregon where he earned both his college and law degrees in under six years. In 1996, he returned to active duty as a Judge Advocate in the Navy where he dedicated himself to a career in criminal law. Don's string of victories began immediately. Shortly after arriving at his first duty station, Don was assigned to defend a Sailor charged with various serious crimes, including murder. After a full trial against two senior prosecutors, Don's client was acquitted of every charge.

Don went on to serve in every job relevant to military criminal law, including several tours as senior prosecutor and senior defense counsel--litigating and supervising lawyers in hundreds of trials and separation boards, most of them before juries, and involving nearly every crime under the UCMJ.

"My most accomplished litigator—I trust him with any case. In high profile Marine case of Staff Sergeant charged with [engaging in sexual activity with underage] Army Colonel's daughter, zealous advocacy resulted in [a pretrial agreement limiting punishment to reduction to Corporal]. Compelling clemency petition yielded suspension of even that reduction! In last 7 months, has won retention for 7 of 13 Separation Boards with none of his other clients receiving negative discharges." Commanding Officer, 1999

Don also served as the Director of the Navy's Defense Counsel Assistance Program, where he was responsible for providing training and experienced trial assistance to military defense counsel world-wide. In this capacity, Don lectured extensively on all facets of defending servicemembers, from Administrative Separations and Boards of Inquiry, to pretrial tactics, to trial techniques, to effectively pursuing clemency and appeals. In 2010, Don was one of the first military attorneys to ever be board-selected by the U.S. Navy as an "Expert" in military justice litigation--the highest rating possible.

"Leads a fully engaged and enthusiastic team in providing worldwide round-the-clock specialized support for all 57 counsel of the Navy Defense Bar. His teams . . . expert advice draw consistent praise for CO's and their attorneys and have elevated our criminal defense practice Navy-wide." Navy Defense Chief of Staff, 2014

Equally as important, Don served several tours as a Staff Judge Advocate, the legal advisor to the Commanders responsible for making decisions regarding non-judicial punishment, security clearance access, administrative separation, whether to bring criminal charges, and how to dispose of those charges.

Not only did Don spend years litigating cases and administrative hearings, he served multiple tours as a military judge, at both the trial and appellate levels, including two tours as a Senior Judge on the Navy Marine Corps Court of Criminal Appeals. Don was also appointed by the President and confirmed by the Senate to serve as an appellate judge on the Court of Military Commission Review. He also serves as an instructor and judge for the National Institute for Trial Advocacy, the nation's premier training organization for trial lawyers.

"[As Senior Appellate Judge] AT PINNACLE OF JUDICIAL PERFORMANCE. Unmatched depth of military justice experience[.] Adroit jurist with unsurpassed legal acumen[.] Has established a well-deserved reputation as an erudite jurist with impressive mental dexterity and competency." Chief Judge of the Navy, 2015

Now retired, Don's practice focuses on bringing experienced legal counsel and tested trial skills to those who need them.

King Military Law: Decades of Experience in YOUR Corner--When Experience Matters Most

We try very hard to respond immediately. However, if you need emergency assistance (you are currently in police custody, etc.), please feel free to text us at our phone number informing us of that fact. Thanks, KML

Thanks for reaching out. Someone will be in touch shortly.

Please complete all required fields below.